These departments made a Firetec® connection and their used fire & rescue vehicles are now serving in new communities!

Excellent Pierce Lance pumping engine found a new home in Arkansas. What do you have to sell? 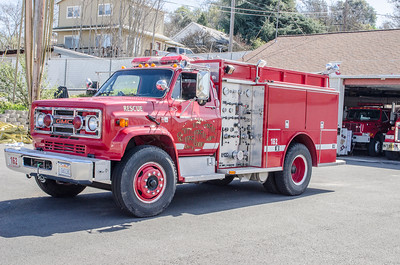 1986 GMC Midi-Pumper has a new home in Idaho. Buyer said the truck is fantastic and was worth every penny!

The Fire Truck Ladies found a buyer for this 55’ Water Chief in one day!

We love it when a good used fire truck comes to Vermont! This one didn’t have far to go...

Keota Oklahoma got a nice deal on this 1991 International/ E-One Pumper. Have a commercial chassis fire truck for sale? Give us a call!

2-door Ford pumper tanker now in service in Indiana. Thank you to Limestone, TN for choosing Firetec and the Fire Truck Ladies to get the deal done! 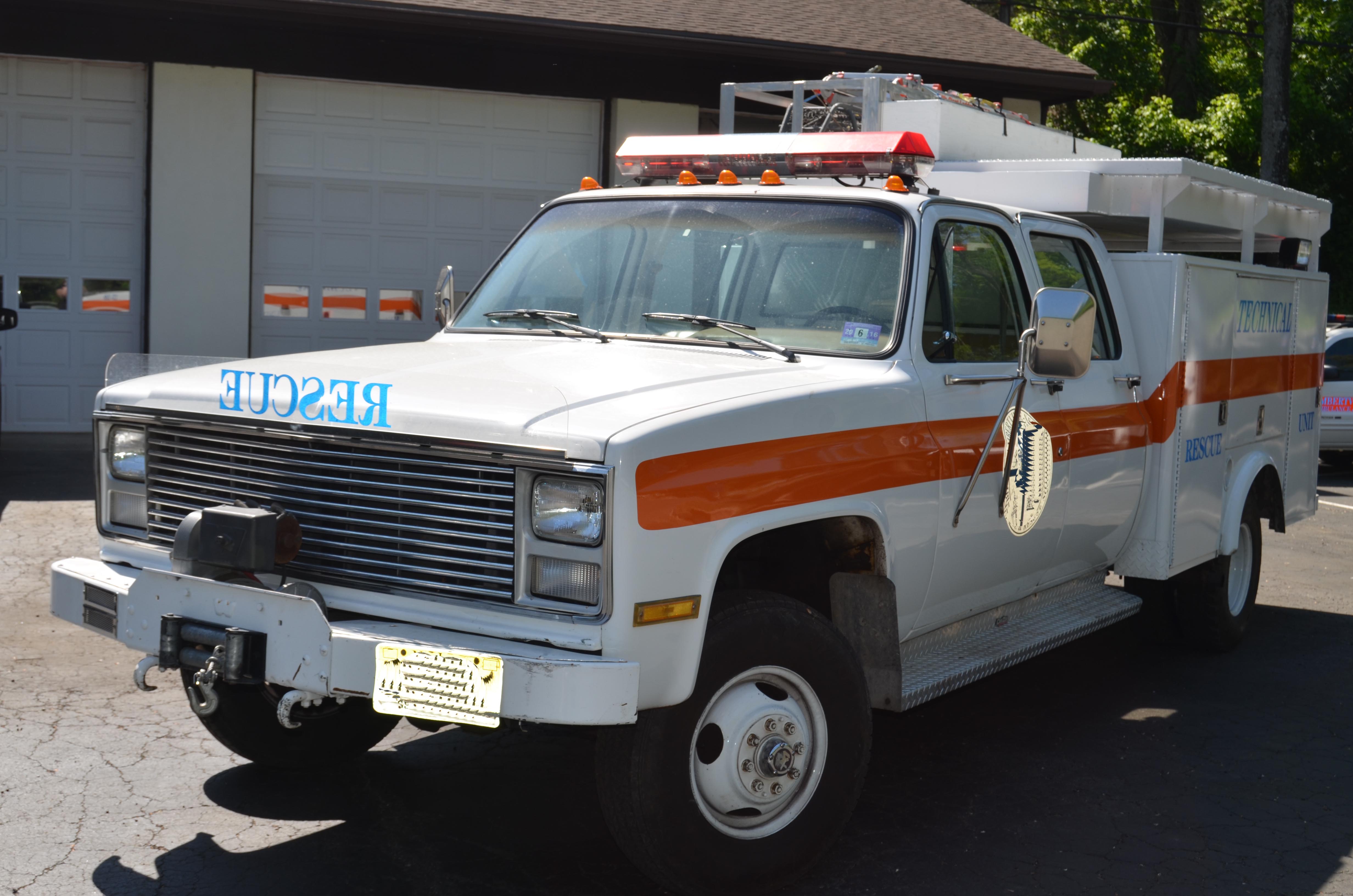 Under Agreement in just a few days. Do you have a pumper tanker fire truck to sell? We have buyers waiting on good used fire trucks!

This 1993 GMC built by McGinley is the second used apparatus sold for Advance VFD this year. This engine will serve in Bathgate, North Dakota!

This 1990 KME will now serve the Seligman Fire Department in Arizona. Don’t forget there are departments all over the US that need your used truck! Let Firetec sell it for you!

Build by Wolverine on a Spartan Gladiator chassis. This used engine offers 1250 gpm and 1000 gal tank. Generator was included in the sale of this fire truck.

Nice 1991 KME Telesqurt is on its way to Maine. Thank you to Log Hill Mesa FPD for listing with Firetec!

These two 1998 Ford tanker fire trucks sold in just 23 days from listing to delivery! Have a used fire truck to sell? Give us a call!

These two 1998 Ford tanker fire trucks sold in just 23 days from listing to delivery! Have a used fire truck to sell? Give us a call!

This International Hackey fire rescue fire truck for sale has a new home in Missouri. It went on a call two days after arriving in its new community!

E-One Rescue pumper with 1500 gpm! sold with deck gun, suction hose, ladders, generator and more! Many thanks to Chief Chris Hecht for loading the apparatus with equipment and for counting on the Fire Truck Ladies!

This 1989 Pierce Lance pumping engine has just sold to South Carolina. Have a used Pierce pumper fire truck to sell? Firetec can sell your used fire truck for you!

This 4x4 Rescue sold in less than a month. This EVI rescue offers heat & a/c in box, features front winch and was sold with scene lights. 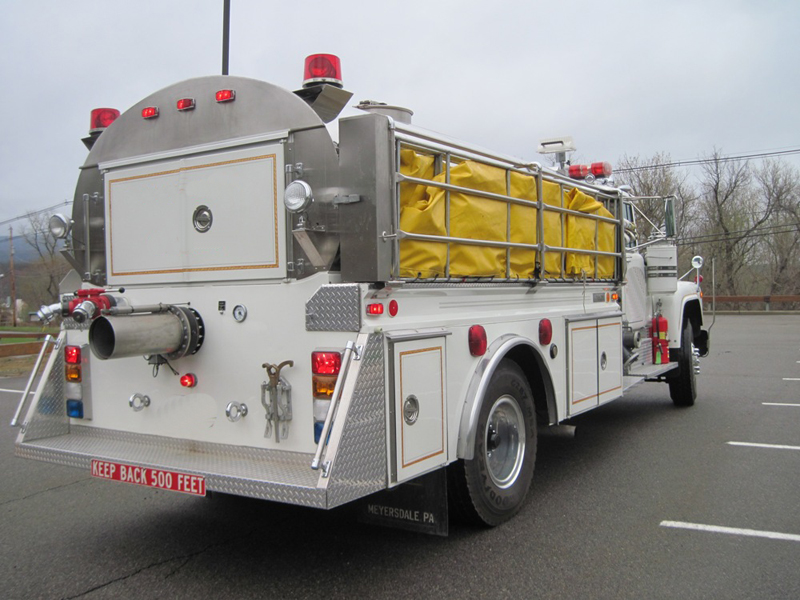 2000 gallon tank and rear dump. Danese VFD did not hesitate when the Fire Truck Ladies advertised this great tanker-pumper! Sold within days!

Lake Park Fire Department in Iowa called us Tuesday, flew to Arkansas and bought this E-One rescue-pumper Wednesday. Those boys don’t mess around!

Not a bad trip from Vermont to Canada for this little Type 1 ambulance! This ambulance will be converted to a camper!

This Type III Ambulance by Wheeled Coach is now serving with Life Star Ambulance in Virginia.

This used platform quint for sale by Firetec has a new home with a fire department in New Mexico. Do you have a truck like this 1994 Simon Duplex/ LTi Aerial to sell? Give the Fire Truck Ladies a call! 800-firetec

This 4x4 Superduty sold FAST! Buyer found quickly and this used mini pumper was on the way to its new fire department within 2 weeks.

This 1995 GMC Topkick Rescue is going to have a new life with a wrecker service.

With the lack of rain/snow on the West Coast they could sure use some brush trucks! Have a used brush truck like this one to sell? Give us a call - 800-347-3832.

1990 International - yes you can buy from Canada!

This refurbished Pierce Arrow 65’ Telesqurt has a new home with Lawrenceville Fire Department! Check out the aerial section of our website for current inventory!

This 1993 KME Renegade sold in under 30 days. We can sell used fire trucks! What do you have to get rid of?

This 2002 E-One Bronto Skylift with 118’ articulating boom is on its way to its new home in PA. Another used fire truck finding new life at another station.

2008 Polaris Ranger 6x6 will now be serving in New Mexico. We can sell these specialty fire vehicles too! Let Firetec know if you have one for sale.

Congratulations to Bloomington - Mountaineer VFD of KY on their purchase of this 4x4 International Midi-Pumper.

Thanks to Tony & PJ with Citizens Fire Co #2 for trusting the Fire Truck Ladies to sell your rescue - See you at the PA Fire Expo in May!

This 2009 Rosenbauer is headed north to Ohio- the buyers are ecstatic and say the truck is remarkably nimble for its size. Have a tanker to sell? We have buyers for all kinds!

This beautiful 2001 Freightliner Pumper Tanker was under agreement within 7 days of listing! Have a used fire truck like it to sell? Let us know!

This 1984 International fire truck just sold to Oklahoma. The seller is happy that this truck will have a new life and won’t just need to sit in SC!

This 1995 Spartan used rescue pumper arrived safely over the weekend at its new home in Oklahoma. Have a used firetruck like it to sell? Contact us! firetec@firetec.com

This used fire rescue unit just sold to a private party in Kentucky. He was looking for a Ford chassis just like this one.

Very popular tanker-pumper. If you have a used fire truck like this to sell, call the Fire Truck Ladies!

Ford E-350 Ambulance is to be part of a movie set. Movie-makers need used fire trucks, too!

E-One built this used fire truck on an F-800 Ford chassis. This pumping engine has a 1250 gpm Hale pump and 1000 gallon Poly tank.

Used Pierce sold from one Idaho fire department to another! This used fire truck was outfitted with Onspots! 1250 gpm Waterous and 750 gal tank.

This Chevrolet step van is going to have a new life as a mobile bakery, rescuing people from their sweet tooth cravings!

A great used fire truck buy on a used platform. This 100’ LTI did not have to travel far to its new fire department!

Many of you firefighters remember this HME fire truck was price below market for fast sale. A great buy on a pumping engine for Palominas Fire Department!

It’s exciting for the fire truck ladies when a used apparatus comes into Vermont to serve a VFD in our home state! This Pierce Rescue-Pumper features 1500 gpm, 500 tank and had a 2008 refurb

Most of the used fire trucks sold by the fire truck ladies go department-to-department. This used apparatus is now hauling water at a Wild Animal Sanctuary!

Used Hummer is a Fireattacker and perfect for resale by the Fire Truck Ladies! This featured pump & roll.

This E-One pumping engine formerly served with North Beach VFD. Built in 1990, this apparatus was refurbed by Pierce in 2005.

One of the sister KMEs is now in service with Ivanhoe VFD in Texas. The other used pumper (twin) has gone to a fire training academy.

Seagrave fire apparatus with Akron foam and 1500 gpm! This 1987 pumping engine has enclosed seating for 5 firefighters.

Fire apparatus built by KME with 1500 gpm Hale pump and Poly tank. This 1992 pumper. Firetec can still sell lots of used fire trucks of this vintage!

Ask the Fire Truck ladies if they can sell your 4x4. This unit was built by Joyner and had served with Crouch Valley Volunteer Ambulance.

Marion Rescue built on an International Chassis Many thanks to Steve Miller and the Olcott Fire Co for counting on the Fire Truck Ladies!

Buyer found in one day! Deal complete in less than 2 weeks. Many thanks for counting on The Fire Truck Ladies!

Unique unit by E-One! This pumper with patient transport capabilities is now serving as a beach cruiser in California! 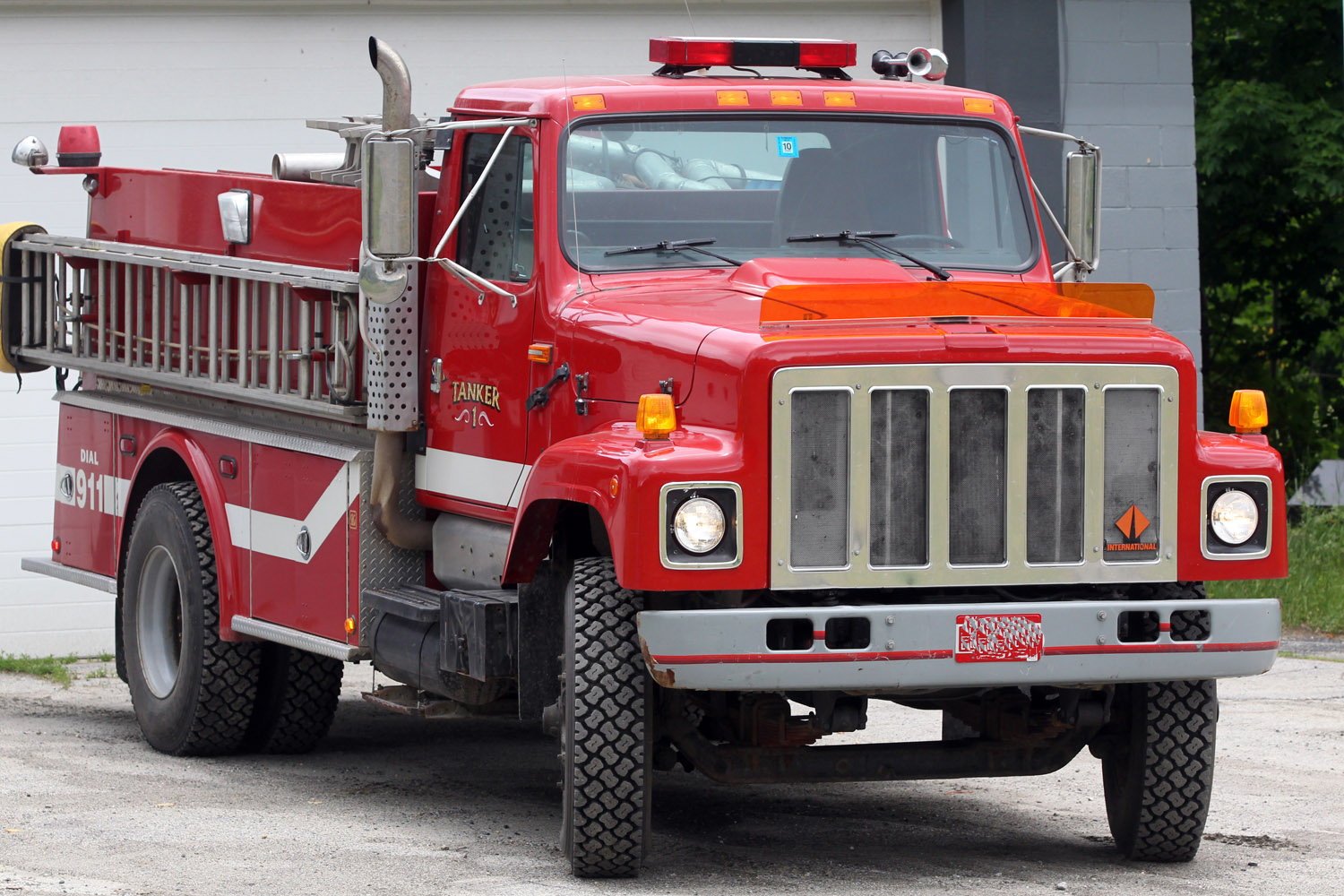 SOLD in one week!

Sold from Fire Department in North Dakota to private party on Washington State.

4x4 mini with crew cab. Lots of departments can use these!

Many thanks to Tony Patullo of Martinsville for counting on the Fire Truck Ladies to sell this 1992 Pierce Lance. It was a real pleasure working with you! 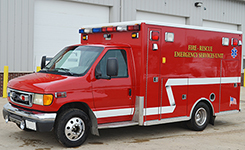